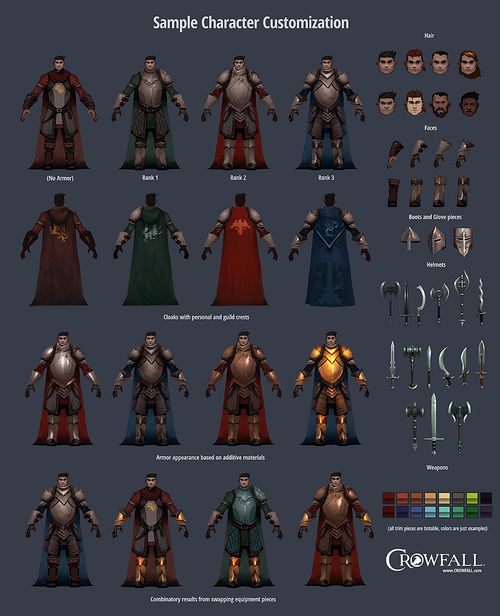 At moment, there is not much known about character customization, but that it will be possible! According to the official site, players obviously will be able to collect items and equip their characters with it. Players also will be able to change hair style, colour and the look of the characters facial appearance. Humans or Humanoid characters usually will have two gender to choose from, but non-humanoid creatures normally will have a gender lock (like the Myrmidon or the Duelist). [1]