Half-Elfs in Crowfall belong to the playable Races, which were introduced alongside with the newly added Classes in the massive reveal on May 18th, 2017. The old Archetypes, which were presented earlier, became completely obsolete. 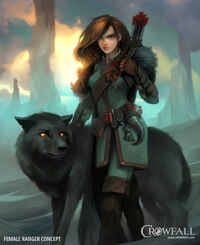 Concept of a female Half-Elf Ranger

Concept of a male Half-Elf Ranger

The people known collectively as Half-Elves are not exactly a race; they are a loose-knit collection of outcasts bound together by their mixed blood and their exclusion from ‘pure-blood’ society. Stronger than most Elves and faster than most humans, Half-Elves make excellent druids, archers and trackers – and they use these skills to track down others of their kind and offer them succor and protection.

Quite often, Half-Elves will band together into ‘clans’, which act as a combination of adopted family and mercenary company. Half-Elves are not generally considered pious, but clan members are permitted to worship any god they choose. While many find solace in the gods of Men, others may call upon elder gods such as wolf, serpent, bear and spider.[1] 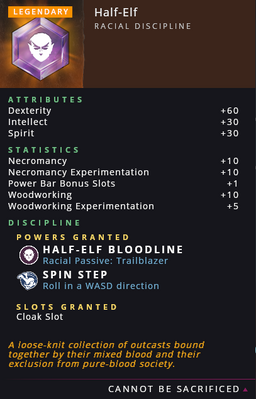 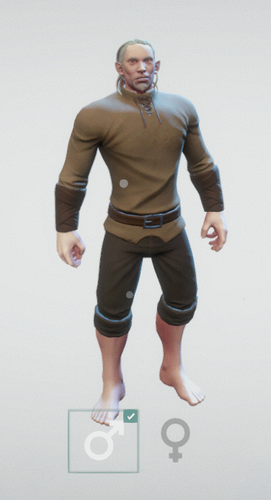 Concept: Customization of the Half-Elf woman

Concept: Customization of the Half-Elf man