Half-Giants in Crowfall belong to the playable Races, which were introduced alongside with the newly added Classes in the massive reveal on May 18th, 2017. The old Archetypes, which were presented earlier, became completely obsolete. 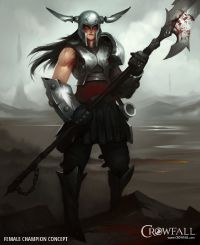 Concept of a female Half-Giant 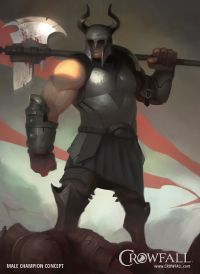 Concept of a male Half-Giant

The bards sing tales of a great clan of Giants, a race taller than trees and denser than stone. It is said that these creatures roamed the land before the birth of man, that they travelled the worlds even before the arrival of the All-Father himself. By legend, the All-Father tricked the Giants, singing a great spell that made them slumber in the open land beneath the stars – and that time and wind covered them with dirt and rock where they sleep to this day. It is believed by some that these slumbering forms lie at the heart of every mountain, and that if one digs deep enough, the pick will carve through rock and soil to eventually find flesh and bone.

The Nomadic Folk – the savage race of barbarians often regarded as bandits, warlords and reavers – claim lineage from these Giants. Little is known of their true origin. If they hailed from a single world, the name is long forgotten. While this claim is obviously no more than a wild boast, the broad shoulders and enormous stature of the Nomadic Folk do give credence to the colloquial name ‘Half-Giant’ by which this race is known.[1] 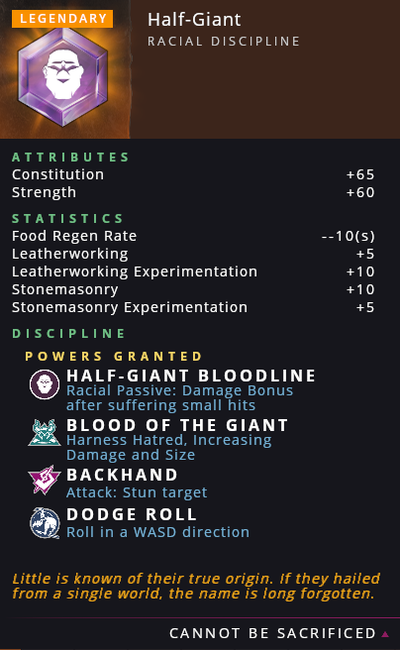 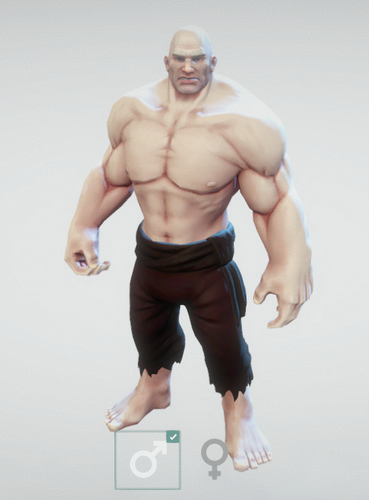 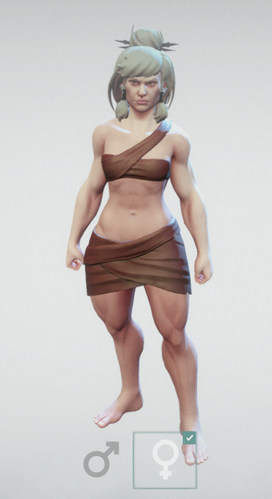