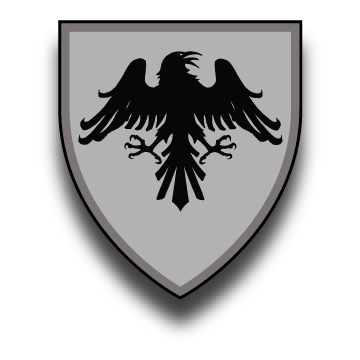 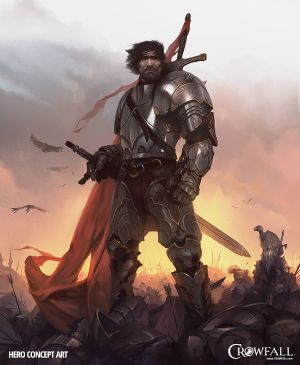 Hero is a god in Crowfall and also known as the First Crow, who once was a mortal soldier.

Little is known of the immortal the bards call Hero. By most accounts, he was a mortal soldier. It is said that he fought with distinction in the War of the Dragons, that he carried the All-Father’s banner in the campaign to tame Yaermir and Lyessa.

Did Hero return to find his wife and children slain, innocent victims of a savage time? Did he slay them to prove his devotion? Kill them in nightmarish fit of rage?

Perhaps none of these stories are true. Perhaps all of them are. Who can say, when a man who has lived a thousand lives?

We know only that Hero angered the gods. As punishment, they shackled him with immortality.

Only fools dream of eternal life. Denied the chance for peace in the afterlife, Hero became an undying soldier—cursed to fight and die in every war, across every world, in every age. He wakes on the eve of each battle with no memory of his past lives. He remembers only his sense of duty and how to carry a sword.

Each life ends the same. As his heart falters, the memories come flooding back: his wife, his children, the love and the longing, and the anguish and the pain. He remembers every life he has lived and the pain of every death.

With his final breath, he curses the gods… then wakes to fight again.[1]