From Crowfall Wiki
(Redirected from Humans)
Jump to: navigation, search
This article is a stub. You can help Crowfall Wiki by expanding it.

Humans in Crowfall belong to the playable Races, which were introduced alongside with the newly added Classes in the massive reveal on May 18th, 2017. The old Archetypes, which were presented earlier, became completely obsolete. 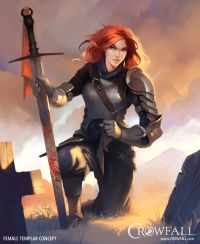 Concept of a female Human Templar 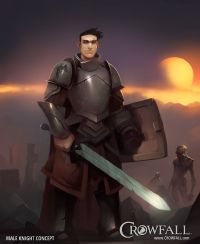 The most prolific of races, Humans can be found across all the known worlds, with cultures ranging from savage nomadic tribes to civilized societies led by philosophers and scholars. A short-lived but highly reproductive people, the Race of Man glories in the quest to achieve greatness. The cornerstone of humanity is to discover that which has not been discovered, to build what has not been built and to conquer that which has never been conquered. These traits have inspired Humans to become bold explorers, shrewd politicians and masterful kingdom builders, excelling equally in the arts of diplomacy, trade and warfare

By legend, Humans are said to be the youngest children of Arkon, Prince of Light, and Gaea the Earth Mother. They can, however, pledge fealty to any of the gods and often do – with many human factions electing to devote themselves to the service of a single god or faction (Order, Balance or Chaos).[1]

The Human Racial Discipline applies the following effects to your Crow 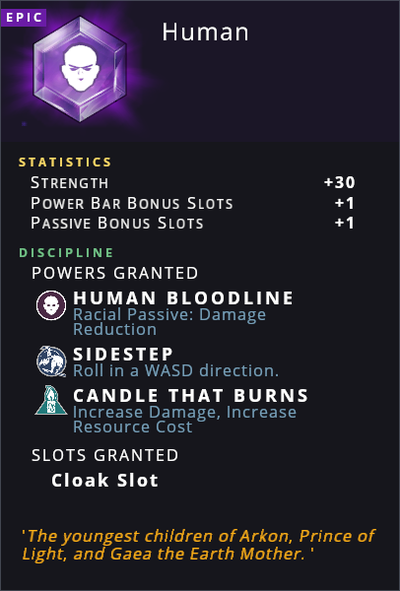