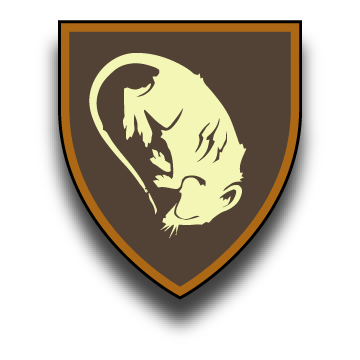 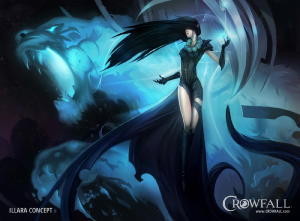 Illara is a goddess in Crowfall, also known as the Mother of Cats.

Illara the Traveler stands apart from the rest of her siblings—both in body and in temperament. She seems largely disinterested, in fact annoyed by, the machinations revolving around the death of Gaea, the disappearance of her father and who might sit the Dragon Throne.

Instead, she seems to wrap herself in research of that which lies beyond the arcane—universes beyond the arch of Lyessa’s tail. A summoner and a sorceress of the highest order, she is said to journey beyond the veil of space and time, to treat with the animal gods. Perhaps she brokered a deal with one to gain her army of followers: all the denizens of the feline kingdom bow to Illara’s sovereignty.

In personality, Illara is aloof—quickly tiring of the mundane matters of gods and men. On those rare (and often fatal) occasions when she deigns to talk with mortals, she seems unconcerned with the Hunger and the fate of the mortal races.

She represents Balance in perhaps its most sincere form: she simply does not care.

Of all the gods, only she knows the secret for breaching the wall that lies between this universe and others. Her followers revere her with the full knowledge of two certainties: that only she can give them hope of escaping the Hunger, and that she seems quite disinclined to do so.[1]